I have read the brief history of Swagman on your website, but it seems to differ slightly from the information I have. My information comes from a group of papers Norm gave me when I joined the team. Your information states the following:

'The company originated in 1957 as Swagman Overland Tours, running overland camping tours to North Africa and India. Nepal replaced Bombay as the final destination at the time of the Israeli/Arab war. In the late sixties, in a bid for the American market, the company was renamed Asian Greyhound Ltd., retaining the original name for the longer of the two routes  to Kathmandu.'

The information I have states that the first company, which started in 1957, was called 'Waltzing Matilda Overland Service.   Swagman didn't come into being until 1960, which was then changed to Asian Greyhound in 1970. I have copied the information from Norm's printed matter, which states:

'Asian Greyhound is, by a process of elimination, the longest running overland company, or for that matter, camping tour operator. It has grown from the original

Re: History of Swagman

Re: History of Swagman 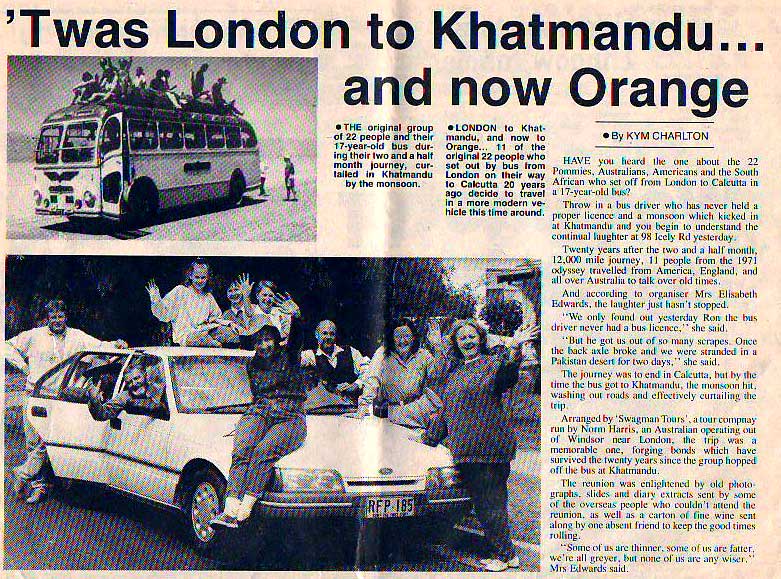