Here is a mixture of pics of Capricorn passengers & crew 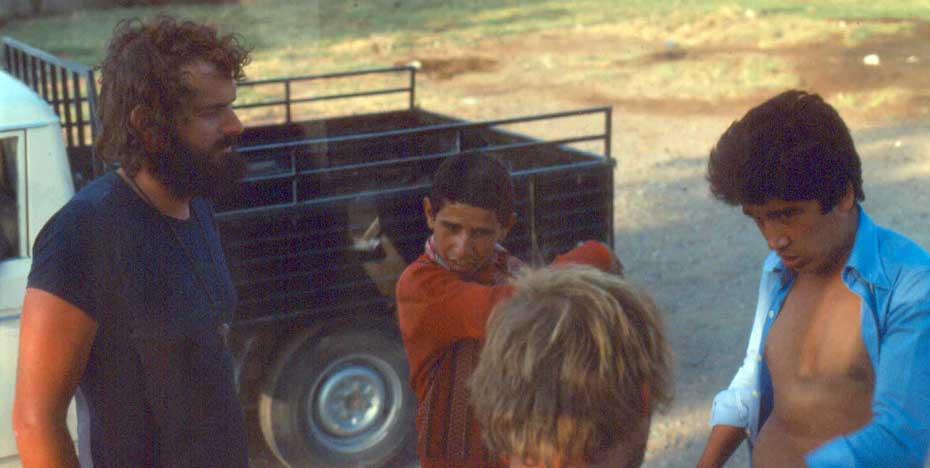 Anyone out there from the Capricorn Kathmandu - London trip 1977 with Brendan and Laurie? We were the family with the four children. We still have the trip book and would love to share it and memories with any fellow passengers.

Hi Rowena, I remember your family well. Four kids seemed like an impossible situation to me then but now and I must give most of the credit to my wife, we have four adult children .
I admired your pluck doing what you did. I think from memory you were coming back from Manila to London and were allowed an allowance to come by whatever means you wished.
Brendon sent this link to me today. I see him most years as we ski with a group that met back in the late 70s. He is about 76 or 77.  I can't  remember your children's names as I lost my list of passengers sometime over the last 40 years. Actually have a daughter living in London and married to a Pom at present .
Interested to hear news of your family while realising that none of us is getting any younger
Laurie

Laurie, how fantastic to hear from you. Congratulations on the family. We have seven grandchildren now. Never really expected anyone would read the post and good to get news of Brendan too. Yes, we were returning to UK from Manila and chose to come overland. Bill and I now very much retired but reasonably fit and well and still travelling when we can, still overland (train mostly) but obviously very confined at the moment. Terribly sadly Matthew (our oldest) died of a heart attack six years ago completely unexpectedly. He used to sit at the back of the bus and play scrabble and of all of us was the one with the best recollection of events along the way so we really miss his memories, along with all the other things we miss him for. Toby, who is the rightful owner of the trip book continued to do lots of adventurous travelling and has worked for a series of NGOs, Clara, too still loves to travel and is a journalist (though furloughed at the moment) and Oliver is a maths teacher.
Do you ever come to London? If so, let us know and maybe we could meet and share the trip book. During lockdown I have been photographing and transcribing a page a day and emailing it out to the family. It has been a source of great amusement and astonishment and tut tutting from our children - how could you ever have submitted us to all that? Actually they weathered it pretty well though there were a few worrying moments like when Toby had a raging fever (heat stroke I think) in Isfahan.
The only people we really kept in touch with were the Americans, Jean and June and I think they may now have died as haven't heard for along time. We do have the names and addresses of some of the passengers but some of the pages are missing.
Well, better stop here. Did you continue in the world of travel? I do remember that you and Brendan did a great job
Rowena

Hi Rowena.
My email is mockler@colourcity.com.au  and I can put you in contact with Brendon
Laurie

Hello Rowena, Bill and family,
Really great to catch up with you after all these years.
A few months ago, the guy who l did the next overland with told me he had seen your post. Being the complete Luddite, l couldn't navigate the site, and failed to find it. Several other people also tried with the same result. I then forgot about it, surprise surprise, then sent it to Laurie expecting the same result, but low and behold he, or probably Susan, found the way.
A short walk through the last 43 years.
There was a young lady on the London to Kathmandu trip, with whom l had become rather friendly. Not sure if she was still in K when you guys arrived. We married in London in 79, and settled in Brisbane in the Dec. Still together!!! and enjoying each other's company . . .most days.
In 96, we dropped out of high stress jobs, moved to an island in Moreton bay, halfway between Brisbane and the Gold coast and bought the Post Office and mail contract. 6 years was enough of that, and we pottered about with odd jobs until 3 1/2 years ago when we sold up and downsized in Hervey Bay, 320 kms nth of Briz.
I do so feel for you losing your son, and understand completely just how that loss never stops, as we lost our son from my marriage in New Zealand, at 39, died in his sleep and the coroner returned cause of death as being unassertainable. So sad. We still have a daughter who lives in Devon, and two granddaughters, Charlie the oldest is doing a Masters in London, and Abi is studying Marine Biology at the Uni of W A in Perth. Have booked flights for her to visit us in February, so hope that covid thingy doesn't stuff up the plans.

Anyway, have done an incredible amount of traveling over the years, with 6 trips to southern Africa for Dick Cijffers, the boss of Capricorn, who is still a good mate. This year we have actually been very happy to stay at home and do the many jobs that get neglected when one is travelling. Just had one trip in the caravan, 750 kms west to help out on a drought affected property where they had been hand feeding the stock for 6 years. The couple involved are coming to our place for a holiday at Christmas, so that will be nice.

As Laurance ( the Official name) mentioned, we do keep in touch, mainly to stir each other to the max! He asked me to ask you why you addressed the correspondence to Brendon and Laurie, as he said it was obvious that it should be the other way around. I haven't replied to him yet, but l plan to say that the answer is totally obvious. I'm more memorable, probably for all the wrong reasons, but more memorable none the less!!! Enough stupidity l hear you say.
Our email address is.        mudflatreids@gmail.com
Phone, WhatsApp.             +61 499 719 393

Do hope that you get this epistle, and it finds you well and happy. Would love to keep in touch as we will be back in Blighty . . . if and when!!
Hope you stay sane in the lockdown.
Cheers, Brendon and Diana