Swagman Images
Hi again Derek and your good lady Cindy,
Your excellent website prompted me after all these years to get some of my slides transferred to cd,here is just a small sample of them which you might find of interest.One of Norm working on VD Vera which you have featured in the film clip on your website.
Bye for now ,and hope to talk sometime soon,i'll tell you the real story of wing wings demise then!
Cheers for now........Graham Libbey

Swaggy buses being prepard for the trip to India, note the Sundowners Plaxton getting the once over, we did repairs etc for many of the tour companies. In the 3rd picture is VDV 749 (VD Vera), that is the bus that still exists but is back in its original Royal Blue colours, 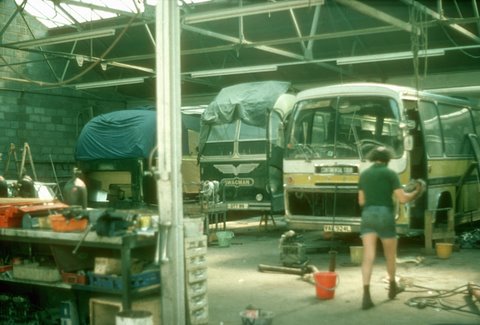 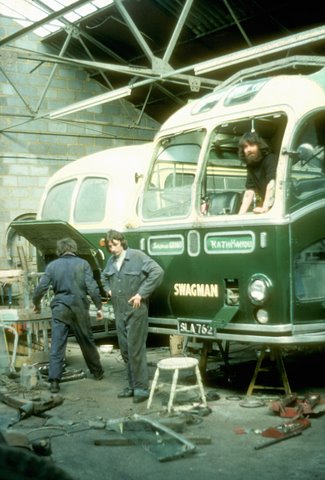 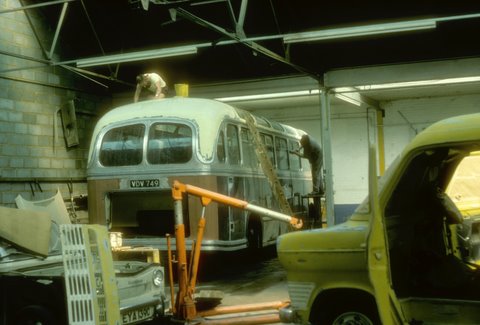 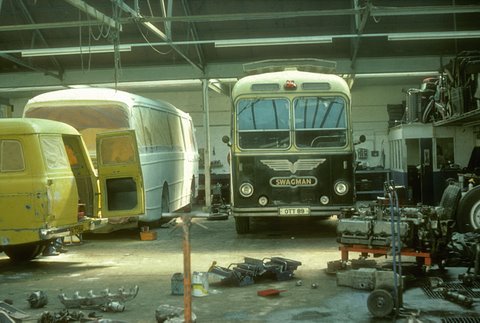 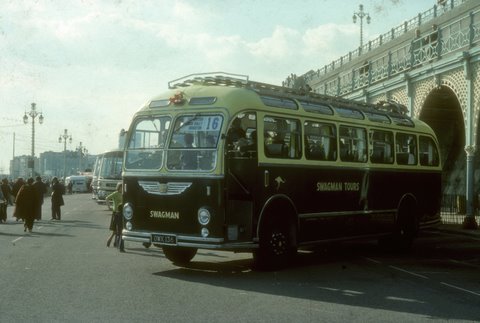 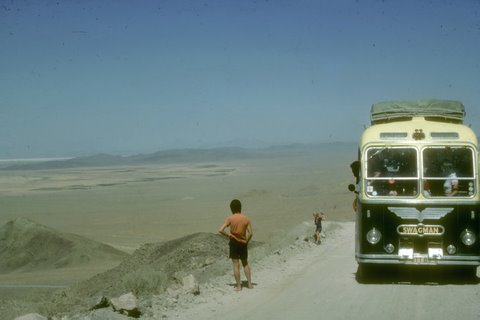 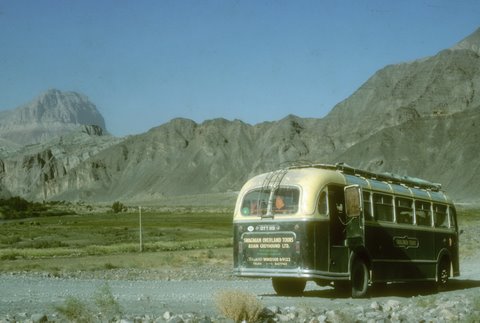 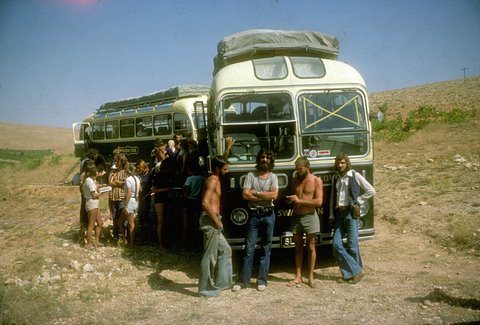 Thanks for the memories. Travel with Asian Greyhound Spetember 1973. Our driver was Bob Ashford. Sharon

You must have been on the departure that had 3 vehicles traveling together for some of the time. Bob drove one bus, a Spanish guy? drove one and I drove another. One bus broke down in southern Iran and I stayed with it to repair it while the other 2 went on. Does that ring a bell?

It certainly does. I got my journal out and even found references to you....
on the salt lake...Derek takes off, too far to follow. In salt, mud lake. other two buses afraid of being bogged. We avoid the dark patches. come to the center. Three buses 1 1/2 hours taking turns driving the bus. Climb on top rack  and ride in the sun. follow too close to the front bus. covered in dust cloud. mirages, miles of salty sand---ridges of distant surrounding mts.

and a few days later..Derek driver from other bus talking about 2 brothers walking around the world and one of them was killed in Kabul. I mentioned it because before leaving on the trip I had cut out an article about them.
Small world and one great journey.  Ended up working in Australia for 6 months and then taking a Siafu camping trip overland Africa and back to Europe.
Thanks again for article and sound bites Great! Sharon

I was thinking about you a few weeks ago and was hoping the newsletter hadn't crashed and burned.  I'm in the final stages of the book from my journey to India.  I'll send you a few pixs you'll get a kick out of.  Congrats on your move.  Wow!!!! Beautiful. 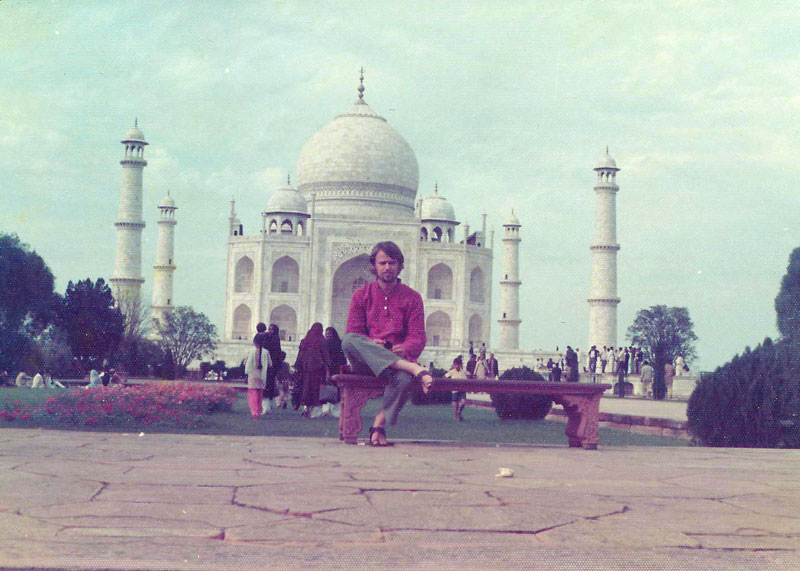 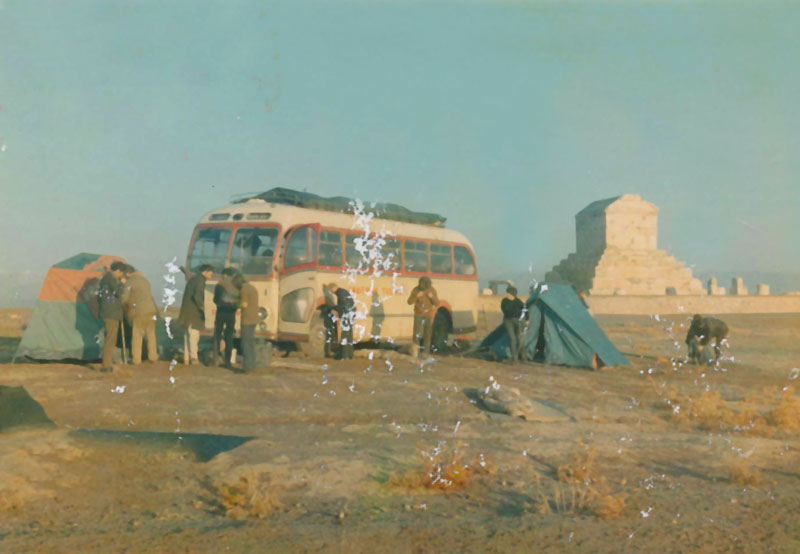 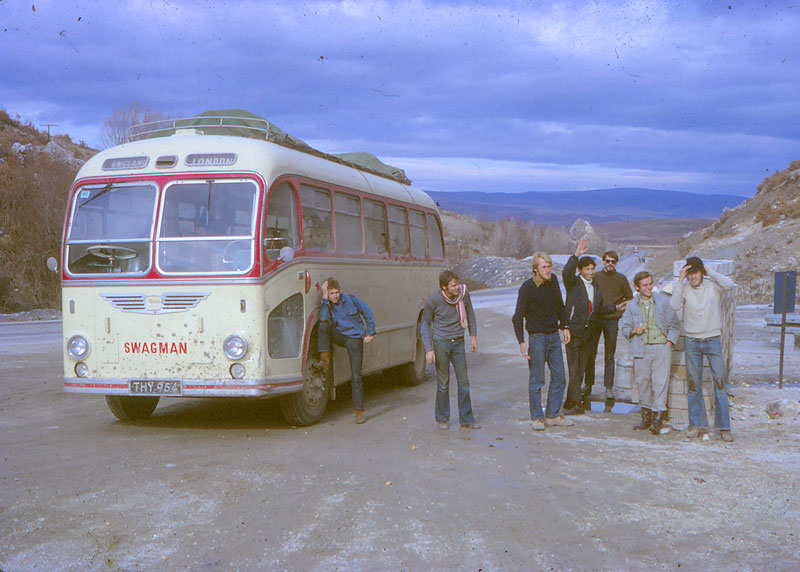 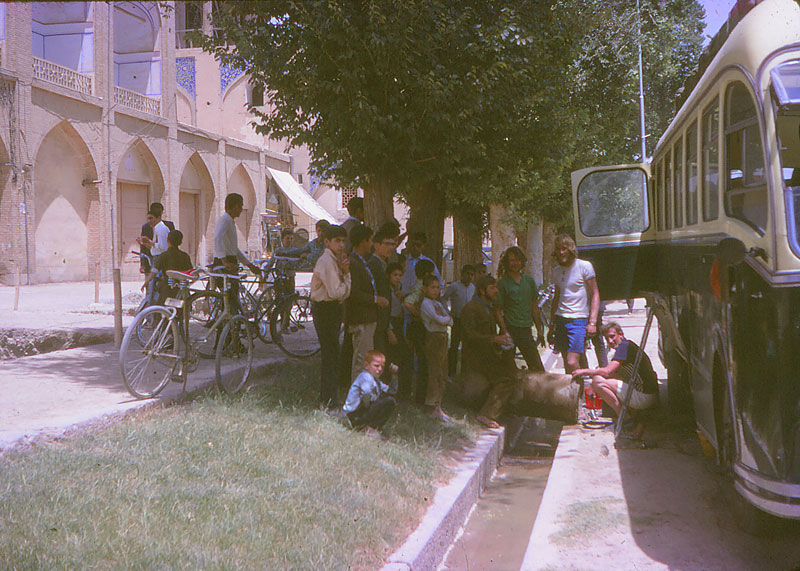 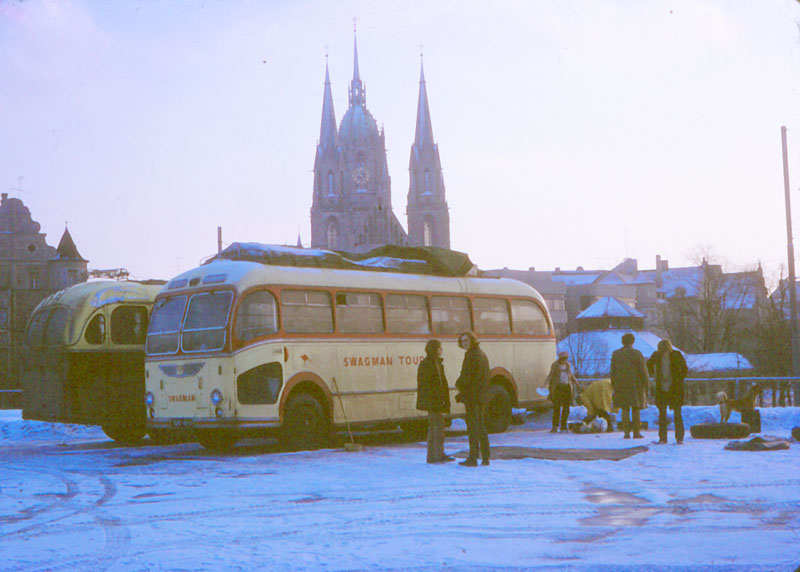 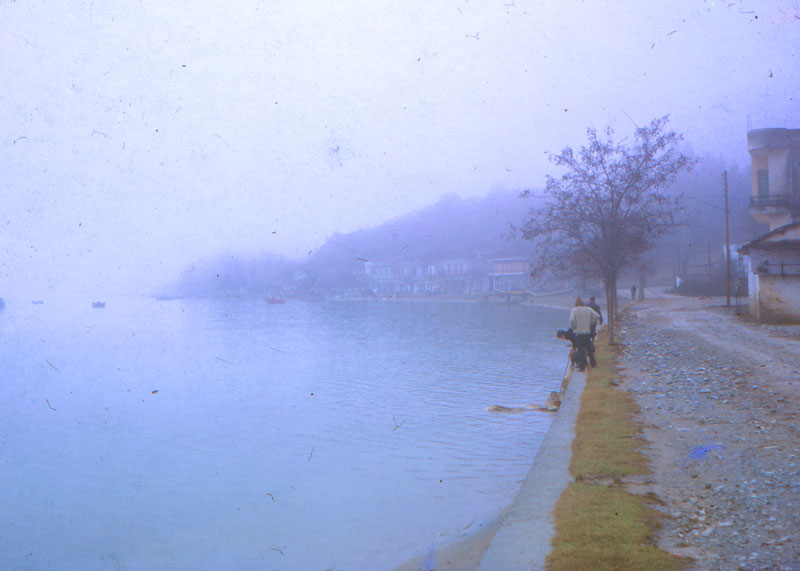 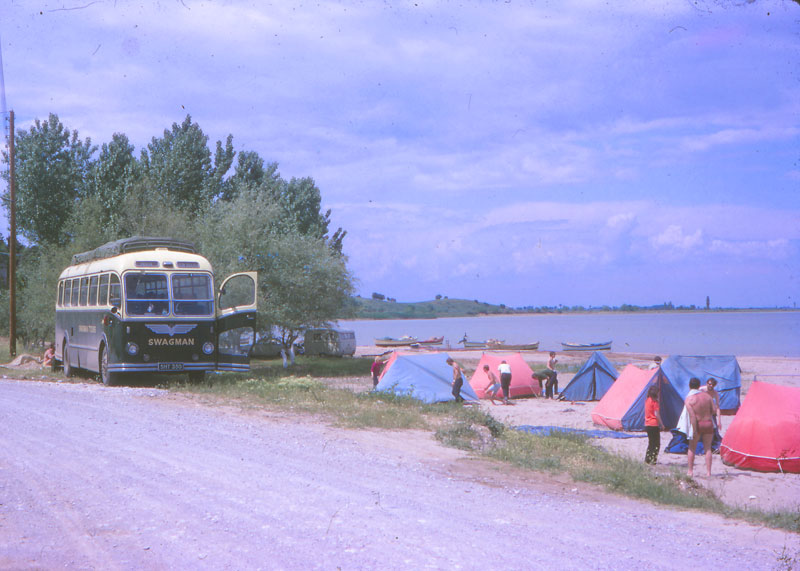 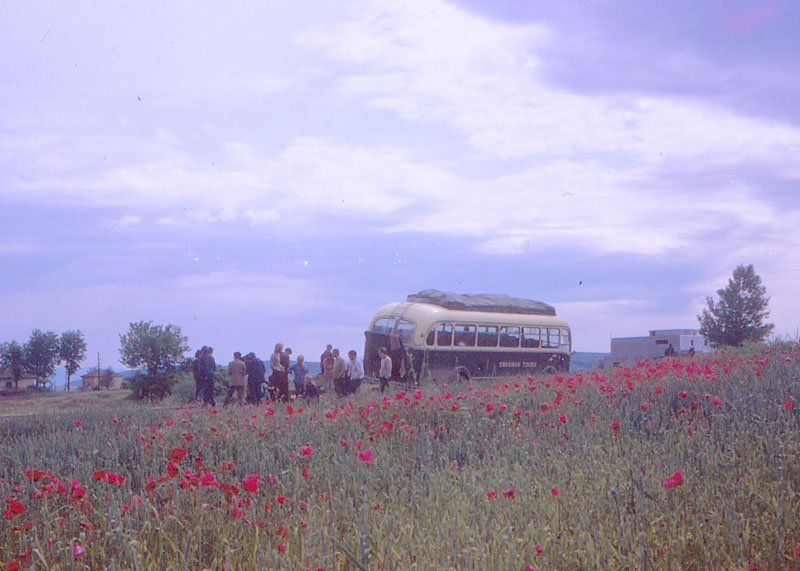 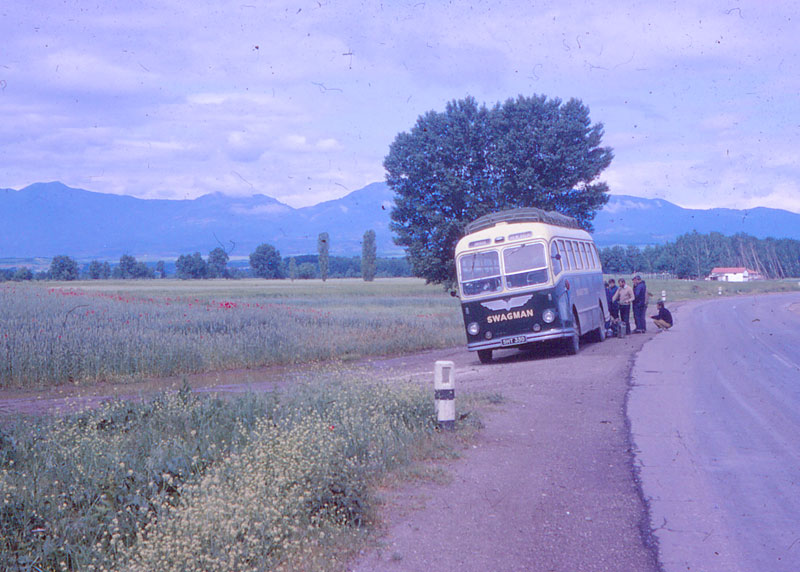 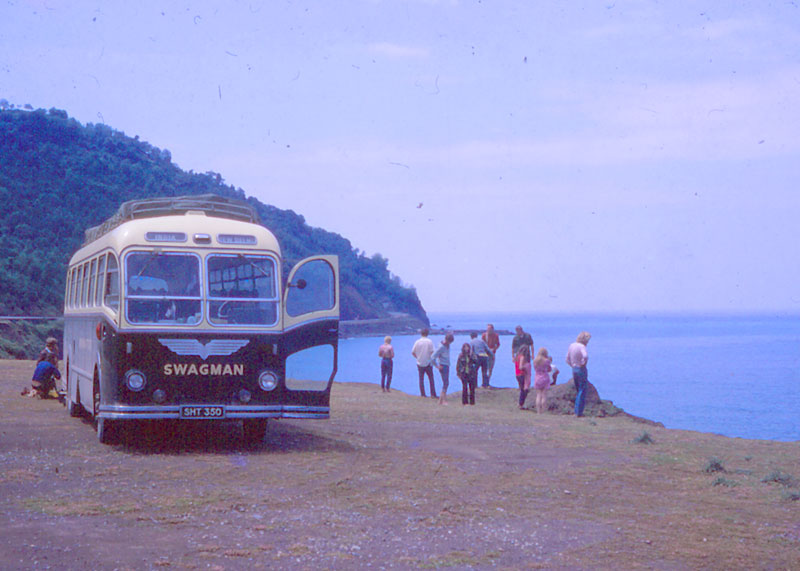 Love the pics of slough. I remember coming in there as a very small boy and my dad starting up an engine that was on the test bed. I thought it was magic lol. Still building vehicles now because of it ..

I am Sayantani from Kolkata (Calcutta). I am writing an article for The Asiatic Society on the Calcutta to London bus service that was started in 1957. I was particularly interested in this topic because of my family history. My grandfather's brother had a travel agency named Panurge Co. in Calcutta that used to sell travel tickets of bus and airlines. The travel agency was operative from around 1944 - 2011. And from my uncle and grandfather, I heard that they were involved in these bus services as an agent of selling tickets. I wish to know whether anyone from those periods is still alive and have heard or remembered about buying tickets from or doing business with Panurge Co. in Calcutta. The name of the proprietor was Dulal Krishna Saha.

I shall be grateful if you could share some information regarding this.